This blog post containing tweets and analysis is in regards to Live-tweeting exercises I have been participating in for the last 4 weeks for my Future Cultures class (BCM325).

The following tweets are a curation of some of my most significant contributions and interactions during the live tweeting of a weekly screening that explores the concept of the future. During the past 4 weeks, we have watched, ‘Metropolis‘ (1927), ‘2001: A Space Odyssey‘ (1968), ‘Westworld‘ (1973), and ‘Blade Runner‘ (1982) . 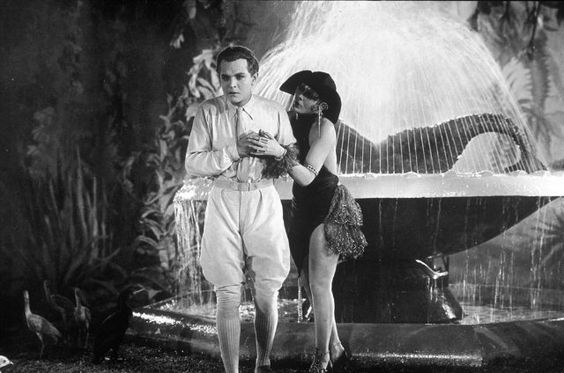 Unsurprisingly I found my first week of live-tweeting to be the most difficult. Having never done it before, I felt like I was struggling to watch the film, think critically and tweet my own ideas, and engage with others all at the same time. Despite this I think I was on the right track.

In my first tweet, I discussed the similarities between the class dynamics in seen in Metropolis to those seen in the Hunger Games series. This power dynamic was also identified by other students of which I engaged with.

Looking back, it is clear I lacked some confidence in expressing my ideas, and I remember feeling reluctant to share my thoughts in case I was wrong.

The other prominent conversation I participated in during this screening was about deep fakes and how the film seemingly foreshadowed the development of this technology.

Throughout the screening I also shared a variety of sources I thought others would find interesting. However, these tweets didn’t receive much engagement.

In hindsight, I should have focused on material that engaged more with the film and lecture content then random information. 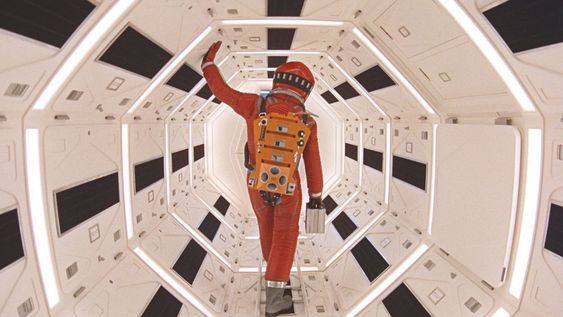 In week 2 I had a better understanding of how the live-tweeting during the film screenings worked, as such I was able to make more contributions to the conversation.

During the screening, I interacted more with the lecture content and other students, as seen in the following retweet.

I also continued to share articles and research I thought was interesting, such as the interview with the director; Stanley Kubrick, where he explains his reasoning behind using the French styled bedroom.

Another conversation I participated in was about the iconic ‘Daisy Bell’ scene. As a collective, we discussed the director’s thinking behind that scene and also the symbolism it had in revealing how human-like HAL was.

Entering week 3, I tried a new strategy in regards to the live-tweeting. This time I conducted research about the film, and read lots of articles and analysis so I understood the main themes prior to watching it. This allowed me to generate and share my ideas and insights more quickly and in real time. I think by doing this I received more engagement, as my tweets were relevant to the section of the film everyone was currently watching, rather then a scheduled tweet that might not have been relevant to the scene being viewed.

A major theme throughout this film (as well as the following film; Blade Runner) was that human and the androids were almost indistinguishable from one another. This was a reoccurring discussion throughout the screening.

To me, human greed was another major theme explored throughout the film.

Once again, I shared content I thought had value during the live-tweeting, in particular my tweet featuring an article about the possibility of Westworld becoming a reality received quite a bit of engagement compared to my other tweets about articles/news in previous weeks.

Week 4, was an interesting week in regards to the live tweeting. Again, I conducted as much preliminary research as possible before the start of the screening. By doing this I also found that I thinking more critically about the different aspects of the film, ie. the costuming, the set design and the sound used.

A prominent discussion in this week’s screening was techno-orientalism, which many people (myself included) identified at various points throughout the film.

I also shared interesting sources that were relevant to the scene/s we were watching.

Perhaps the most interesting conversation I contributed to was a discussion/ about the various interpretations of Deckard and Rachel’s love scene.

I found my peer’s perspectives to be really interesting, especially the ideas about neurodiverse behaviour and the prominence of the male gaze within the science-fiction genre.

Overall, I think I have made a lot of progress on my live-tweeting skills. By using the process of researching the film thoroughly before the screening, I was able to identify and share specific and relevant ideas quickly (which seems to be more effective when compared to scheduling pre-written tweets throughout the screening time).

I’ve also noticed that I am feeling more comfortable and confident when tweeting during the screenings, as I have more knowledge about the film then I would have just watching it for the first time (like I did in Week 1).

Ultimately, I think I have made interesting contributions to the various conversations taking place during the screenings, and have effectively engaged with my peers and their ideas as well. Whilst there is room to improve, especially regarding my integration of lecture content and concepts, I am optimistic towards the future weeks of live tweeting.

Check out my other tweets here.